WIMA International are delighted to announce that Floh Petit was awarded the 2022 Ellen Pfeiffer Award for her outstanding contribution to WIMA, women and motorcycling. 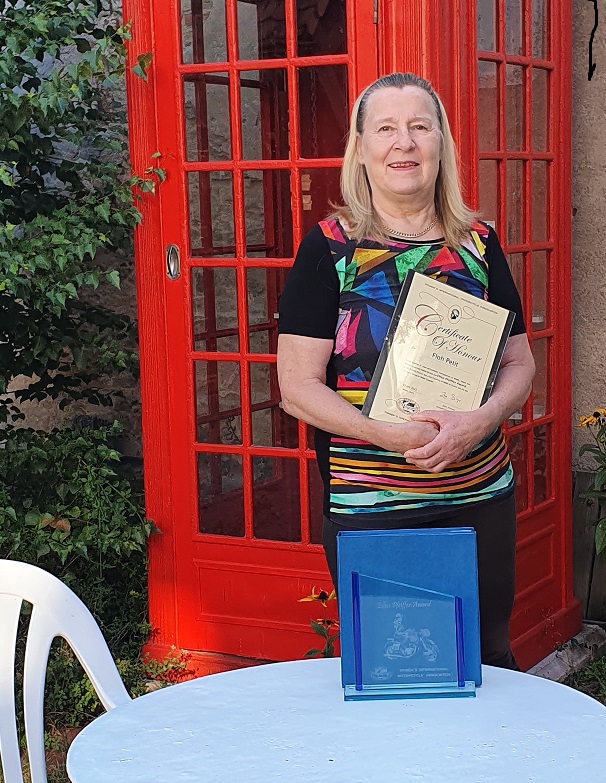 The nomination for Floh, by WIMA Germany, was as follows

Floh is one of the early WIMA Germany members. She was on her 1st rally in 1974 and participated in many rallies after that. Almost from the beginning she
supported Ellen Pfeiffer energetically and committedly. She took care of the administration, the public relations, the press and much more in the steadily growing WIMA Germany Division. In 1978, she also took over the post of treasurer of the European WIMA.

Together with Ellen Pfeiffer, Floh is one of the most important women in the WIMA Germany history since our foundation in 1958 and a WIMA ambassador with passion. She speaks German, English, French and a little Italian. WIMA Germany, and also the international WIMA would not be what it is today without Floh. Only because of women like her, an organisation like WIMA can exist for more than 70 years – Floh has been a part of our WIMA family for almost 40 years and has more than deserved this award, which bears the name of one of her early WIMA friends, for her years of voluntary commitment. Hardly anyone knew Ellen better than Floh.

The fact that she has not received the award so far can only be due to the misunderstanding that WIMA Germany assumed that repeated nominations were not possible. Floh was nominated in 2006 – a year in which there were 3 nominations, but only one award was given. Multiple awards have only been possible since 2007. We would now like to finally give Floh the honour she deserves and present her with the Ellen Pfeiffer Award. If any woman deserves it, it is Floh.

Note: The Ellen Pfeiffer Award was established in to honor WIMA members for their outstanding contributions to WIMA, women and motorcycling.