As I sit down to write this, I’m in my dad’s house in Sweden and our Swedish WRWR Ripple Relay is not even two weeks old – but we have great expectations. So, what does the WRWR have to do with WIMA? A whole lot I would say, we have collaborated since day one and it is amazing to see how the WRWR movement and the WIMA organisation are growing and bouncing off each other in order to involve and connect more and more women all over the world. The WRWR has very much been part of my WIMA duties during this past year and the numerous hours spent networking has given many interesting new contacts and a few new divisions as well.

I’ve always believed in working with women bikers worldwide in the name of WIMA. To get the word out there and spread knowledge about the organisation, as well as supporting and connecting female riders in general. That is why I immediately supported the WRWR when it first came into being and used my time and network to communicate the message. I’m very pleased to see the numbers of WIMA members that have responded and gone out of their way to join in and support the world relay. Not to mention those of our members who even received superstar status for their achievements! I am so proud of working with you all!

Since last summer WIMA has grown with 6 divisions, Lithuania, Greece, Norway, Denmark, The United Arab Emirates and Luxembourg. Two of these, Norway and Luxembourg, are direct results of networking with the WRWR and the divisions are initiated by women who see WIMA as the next step for women riders to support each other long term. And I am in communication with several more women who are working on proposals for new divisions.

On a personal level, the WRWR Spain, Zaragoza to Andorra, was one of the highlights this spring. Super cool riding up with Eva and her group from Mujeres en Moto to Andorra where the Andorran motorcycle association met up together with a group of French WIMAs! What an amazing mix of people and nationalities, but as we say in WIMA –  Smiles and Motorcycles are universal languages and we all got together fantastically in a mix of Spanish, Catalan, English and French languages. During my 20 years in motorcycling there hasn’t been an event near this magnitude and I think it is a life changer for many, and a marker in motorcycling history. It is so cool to play a part in it both by networking and by being the guardian of the baton.

But one can’t go everywhere and sadly, due to work, I had to miss out on the Curaçao Dushi rally this spring. A great loss on my behalf, I’ve heard and seen wonderful things from the rally. I was, however, able to get over to Orange in France and I fully enjoyed the WIMA Days at the Touratech event. And in addition, on my way back, I was able to ride in the French ripple relay, from Orange towards Toulouse – something which inspired me to set up the Swedish ripple relay. Building on the success of the Swedish WRWR, I wanted to launch the ripple as a possibility for all those who weren’t able to join the relay to get involved and for Swedish female motorcyclists to work together bringing the flag north, south, east and west – the idea formed while I was making the Midsummer cake for my dad and on Midsummer Sunday we kickstarted the event.  While we are having fun carrying the flag around Sweden, we also hope to raise money to fund the motorcycle training for another apprentice or two at MJ Piki in Mwanza Tanzania.

But everything is not fun and games, I also do a lot of work behind the scenes, working with the readability of texts and communication with FIM, following the work of FEMA etc. In addition, we have opened an Instagram account and a YouTube account for WIMA World and this year we could upload the videos from the 3rd International WIMA Day competition on to our own channel, which I think is a great improvement. However, this was a technological challenge for me as I have not worked with YouTube before, but I learned a lot. Thanks a lot to everyone who took part in the competition and to those who voted. I truly enjoyed seeing your videos and we got good global representation. 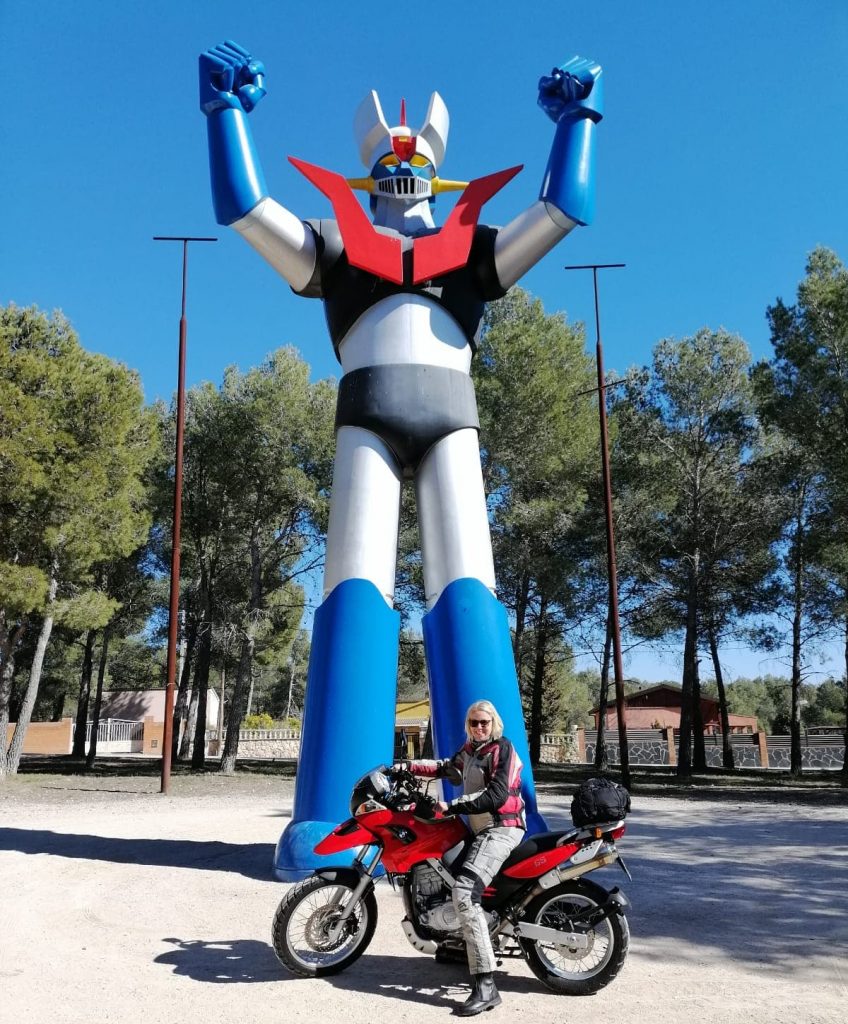 While I’m finishing up this report, I’m also getting ready for the Swedish Horizons Unlimited event. Last year was a blast and I have been invited to speak once again about WIMA, MJ Piki and I will add WRWR to the mix, it’s all connected. That will be my last event in Sweden this summer. I’ll spend the second half of summer riding in Ireland and slowly making my way to the WIMA international rally in Derbyshire, England. Which, incidentally, is not far from where my partner’s family is based, so a visit there is also due.

I wish you all a wonderful year, ride safe!