The duties of each of the WIMA Officers are explained in the document found here.

You may find the contact details of the officers and committee members on the Contact us page. 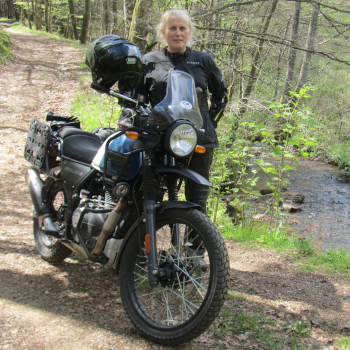 I learned to ride a motorbike in 2006, as an easier and faster way to commute to work than being regularly stuck in a car during rush-hour. I very quickly realised that I liked the freedom and the new friends that biking brought with it.

My first bike was a big, black and shiny Honda Shadow, ideal for local cruising and commuting but it was not very practical for the long-distance riding that I decided to try so I added a 1100cc Honda Pan-European to my garage. It was really too big for a motorcyclist with less than 1 year’s experience but when the salesman suggested to me that it was not suitable for an older woman, I knew straight away that it was going to be mine and I rode it 300 miles home, by which time I was more comfortable handling this 300kg machine. It took me to Spain and Portugal later that year. I have subsequently owned several bikes including 2 Honda VFR1200s, an HD Sportster 1200 (that I kept for just 3 months) and a BMW 1200GS that took me to Saint Petersburg.

I was first introduced to WIMA GB in 2009 and attended several rallies in England which meant round trips of up to 800 miles before I resurrected a Scottish Region that had closed long before I joined. I cut my teeth on admin roles, including the WIMA GB newsletter editor, website editor and Forum Manager (pre Facebook and Instagram).

Since moving to France a year ago, I have spent all my time working on WIMA business and riding my bikes and continuing to share friendships and experiences with WIMA members from other national divisions. 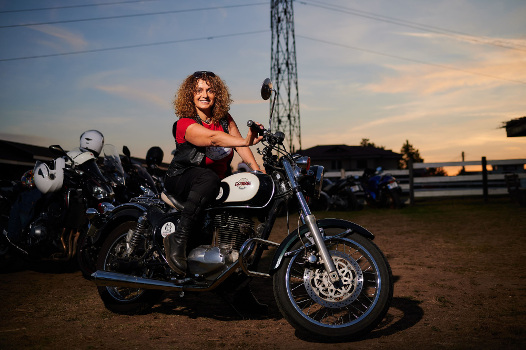 I would introduce myself as an enthusiastic motorcycle woman rider with over 10 years of riding experience. I enjoy riding so much that I prefer it as a means of transportation whenever I can: from daily commuting to work to long touring trips. I’ve actually visited most of the European countries on my lovely 2 wheels. For me riding is also a nice way of making new friends. I find it rewarding at a very personal level to let myself be inspired by others and also be an inspiration to younger women as well, to go out there and chase our dreams, to live a brave life, to face our fears and empower each other as often as we can. I am an action person and I like to get things done.

I discovered WIMA in 2017 and Romania became a division of it during the summer of the same year. That was a great year as we also had the chance to join the International Rally in Finland with a group of national members. We had the pleasure to meet many women riders around the world and this global community amazed me with its strength & sense of unity. It is simply beautiful to see WIMA expanding and I am honoured to be part of this process. 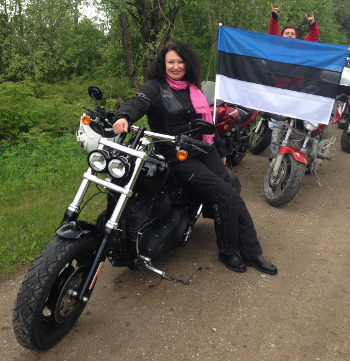 I joined WIMA Estonia in 2009, having done my A category licence in 2008. WIMA ladies in Estonia are a tight group of very different individuals with various backgrounds and occupations.

My first WIMA International Rally was in Poland in 2014and after that I have been to as many Rallies as I can, because I just love the atmosphere of these.
My first motorcycle was a Moto Guzzi, after that I have had Harley Davidson different models and a BMW GS. I usually travel by bike in my own or the neighbouring countries, my farthest destination being Croatia. Although small, Estonia offers also a lot in summer and my favourite pastime is to ride in our beautiful small roads of countryside, visiting events or friends. 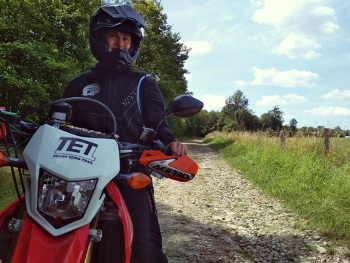 Liv is known from her role as an admin in the WRWR, an achievement for which we awarded her honorary lifetime membership in WIMA. Among other things, she was working with PR and she has lots of ideas to take with her to her new role in WIMA. We are thrilled to have someone with her experience and skillset in our team! 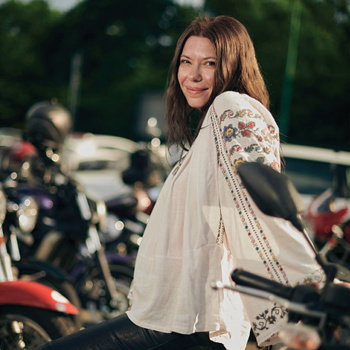 I’m a late bloomer J I took my motorcycle exam and bought my one and only bike at 40 years old, and it proved to be one of the best decisions of my life. Same year I discovered WIMA Romania, which was at its beginnings back then, and I feel like I have found a new family besides my own. Riding my bike is one of my biggest pleasures, with the girls, my partner or solo, and I hope my son will follow me in this passion, when he’s old enough. Getting involved in WIMA Romania’s activities and being an active member brought me many new friends, a whole community and sisterhood, which I’m very grateful for. 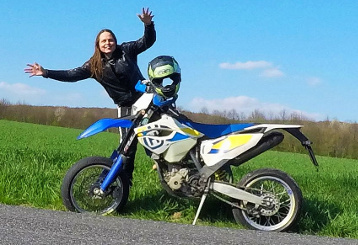 Hi fellow WIMA’s,
Since 2014, I am a WIMA Austria member and I fell in love with the WIMA atmosphere immediately. Until then I rode solo, or together with male groups and I really appreciate the different riding motto. Has it been: “Lets get there, as fast as possible” , its now: “OK, lets have fun, and enjoy the moment”

I enjoy it so much to get in touch with other national divisions at Rallies and meetings. Therefore I am determined to full fill the role as merchandising Officer to the best of my knowledge and I am proud to bring in my former experience in this role for WIMA International. I hope to meet you on one of the next Rallies, as always: In good spirit! 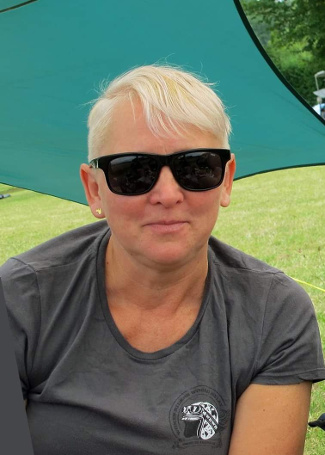 Hello everybody,
I have been WIMA Finland member since 1999 and riding my motorbike about 20 years. Annually I ride between 10 – 20 000 km, mainly around Europe.
I attended at all WIMA Rallies in Europe since 2004 Borculo, Netherlands and Japan Rally in 2010.
I fell in love to the atmosphere of WIMA World immediately at the first touch.
I have been as a Vice President at WIMA Finland government during 2007 and 2008, member of organisation team of the International WIMA rally 2008 and again as a Vice President at the WIMA Finland government from the year 2011.
I am living at south of Finland but I am spending lot of my time at Germany.
I am proud of to do International Historian work for WIMA. 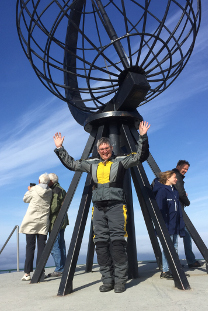 I have been a WIMA member since 2001, which was also the year I was at my first WIMA, namely the WIMA in Andalusia. Since then, I attended most of the WIMA meetings in the last years. Currently I drive a BMW R 1200 GS, riding between 8000 to 10000 km per year.
I always try to combine a WIMA rally with a longer vacation, on the motorbike of course! The most memorable WIMA rallies of the last years were the WIMA in England 2011 where we performed a round trip thru Scotland and the WIMA in Sweden 2015 which was our starting point for a tour to the North Cape.
A WIMA rally is always a good occasion to meet old friends and to enjoy a week in a new country in the community of women, which share the same spirit.